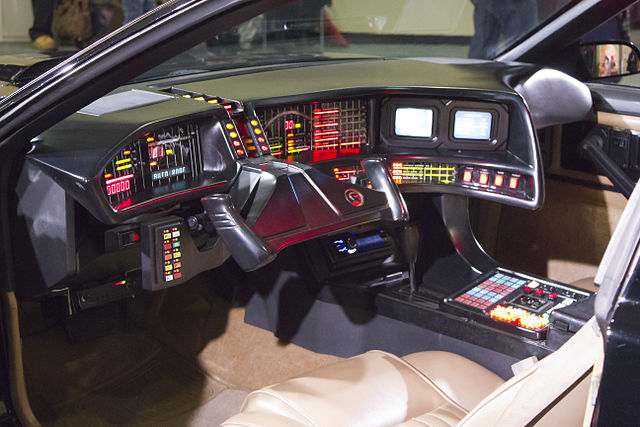 In the past, imagining what future vehicles would be like was an overwhelming task. Technology was changing so rapidly that it was hard to predict what would come next, leading to many innovative, interesting designs that are nothing close to what we drive today. That’s why the Jetsons’s car could fly while the show managed to correctly predict flat-screen TVs, videophones, and even little things like moving sidewalks. While some hopes for the future were wildly off, that doesn’t mean that all of the auto features predicted in fiction were off base. In fact, some of the mind-blowing technologies that were a hard sell back in the day are fairly common now. Here are a few examples of when the science fiction and fantasy writers’ predictions hit it square on the nose. 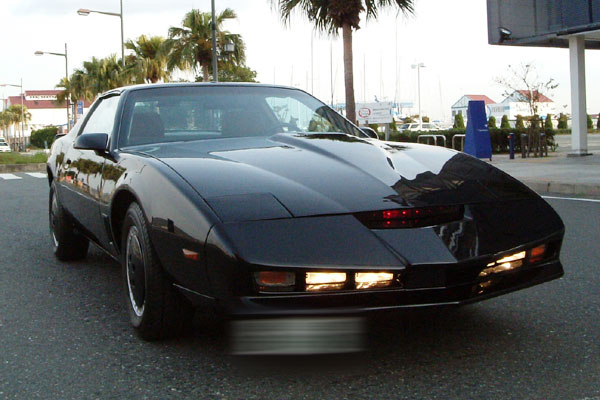 Photo by K.I.T.T.1982 (Wikimedia Commons) [A replica of KITT from Knight Rider]

You can talk to your car.

Audio voice control is now featured in almost every Mercedes-Benz and Mercedes AMG vehicle, meaning that you can talk to it. It also talks back to you with questions and confirmations. This type of feature is very common in luxury cars, if not available to the entire public. Also, with Attention Assist, your car will notice when you’re tired and prompt you to take a rest. It’s like having a friend looking out for you. 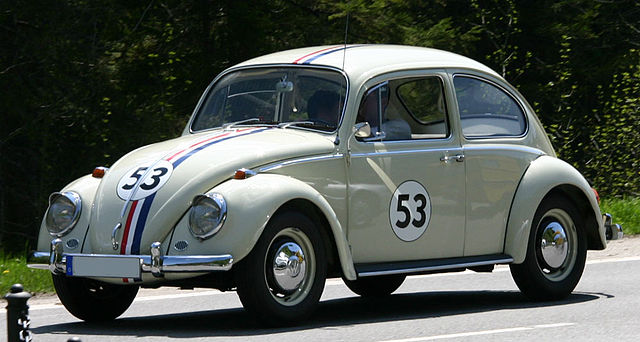 Photo by Softeis (Wikimedia Commons) [Herbie from The Love Bug]

Sure, it’s not anthropomorphic (necessarily), but Mercedes may be the closest car company to actually producing an autonomous vehicle for the wider public. Even the current E-Class has some of the most impressive self-driving capabilities out there, rivaling those of Tesla’s fleet. The car can brake on its own when it senses something too close and change lanes on its own, and some versions can even be parked at the behest of a smartphone, with no one in the driver’s seat. 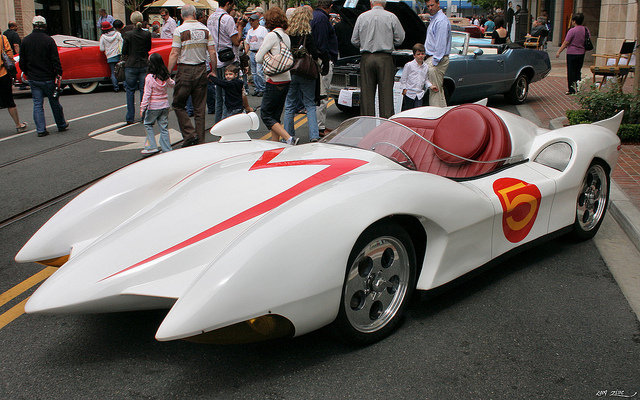 It travels with super speed.

Mercedes-Benz makes cars for its homeland, Germany, and the Autobahn, where there aren’t any speed limits. So while you may not be able to let your car rip into it in the U.S., you may have a certain smugness knowing that your car could go about 155 miles per hour (for a 2017 E Class). Coincidentally, the car that the Mach Five from Speed Racer was likely modeled after, the Nissan R380, held a world record in 1967 of about the same speed (250.98 kilometers per hour, which is about 155 miles per hour).

It considers your personal safety.

Like the opposite of Christine from Steven King’s horror book and subsequent movie, a modern Mercedes is bedecked with parts and features to protect you. For instance, Pre-Safe technology prepares for an accident before it happens by tightening seat belts and adjusting restraints. Instead of trying to kill you, this car wants to keep you safe.

You can call people with it.

It’s barely even worth mentioning, as it’s so common in cars these days, but it was once a wildly expensive and novel thing to have a phone in a car, much less a hands-free phone. It was like something out of a James Bond movie. Actually, the 1963 film From Russia With Love had a vehicle with a clunky car phone. It was a Bentley Mark IV and truly ahead of its time!

Things your Mercedes still can’t do (yet):