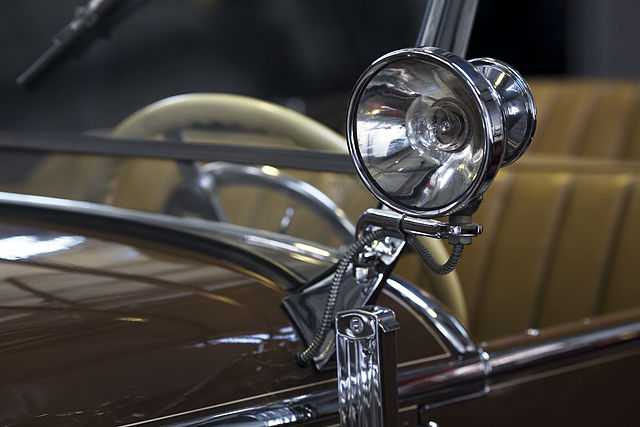 The Changing Technologies of Mercedes Headlights

It’s often a relatively cheap part that you don’t think about very often when you’re driving around in your Mercedes: headlights. They’re powerful, important, and taken for granted, only becoming suddenly problematic when you need one replaced. It’s strange to think about, but the technologies of Mercedes-Benz headlights have changed a great deal over the years with the introduction of new materials and designs. This is a brief history highlighting these vital auto parts. 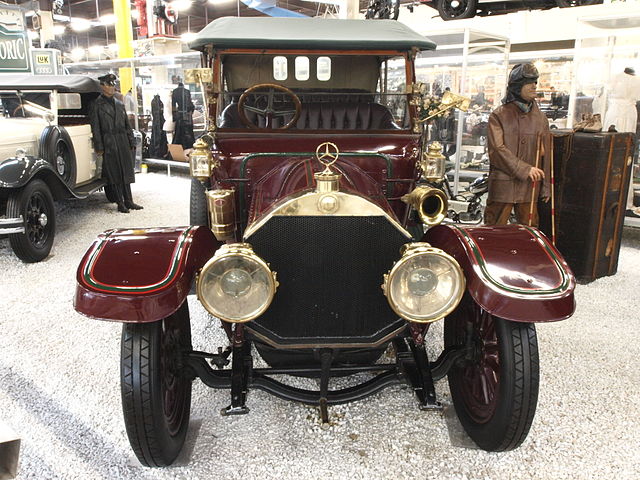 The very first vehicle produced by Benz had no headlamps at all, and shortly after, the first mounted lanterns were introduced (in the 1880s). They were carbide lamps with a small flame and an unfocused, reflected mirror. The chemical-reaction-produced flame came from acetylene gas and would go out if the wind hit it the right way. They were great for miners in caves but hardly helped driving conditions.

Electric headlights weren’t introduced until the late 1890s, and they weren’t standard until the early 1900s. An electrical system that was originally developed by Cadillac was a simpler form of what we see in Mercedes-Benz headlights now. 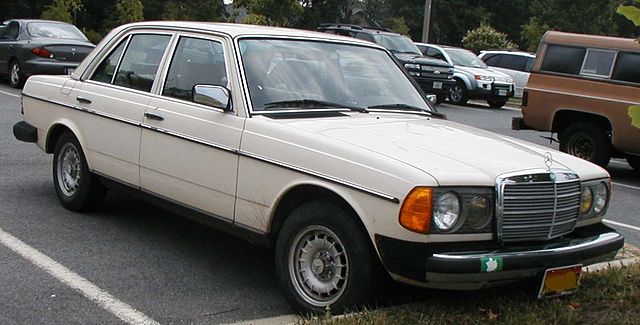 Innovations and the Sealed Beam

Many companies contributed to later innovations: the focused lens, high and low beams, and two-filament beams. Then, the U.S. government began to get involved with regulating headlights, and they demanded that a specific type of one-piece headlight be made in cars for safety reasons. That meant that ugly, round, sealed-beam lights were required as late as the 1970s. In 1983, the federal government became much more lenient.

That’s why so many Mercedes during that time had to rock the double-round headlight look (at least in the U.S.). During this period, Mercedes either styled their headlights on top of each other or side by side. Occasionally, Mercedes-Benz would create a home-market headlamp that was innovative and illegal in the U.S. and had to be refitted for their overseas customers.

Photo by A. Bailey (Wikimedia Commons)

The Mercedes-Benz CL Class introduced the first Bi-Xenon HID headlights with high and low beams in the late 1990s, which required lower amounts of energy. Since then, however, the company has focused on producing high-quality Mercedes LED headlights with new technologies. In 2010, they were the first to create an all-LED light that had adaptive high beams and the Intelligent Light System. This system adjusts your headlights based on weather conditions and bends along turns to help drivers see better.

Today’s Mercedes LED headlights are simply a work of art. Modern LED multi-beam headlights feature a headlamp that has a system of small, individual LEDs that have a much longer expected life that an ordinary headlight and require much less energy. Out of all of the various types of headlight technologies out there, what’s popular now is the combination of LED and adaptive technologies.

Mercedes tends to be ahead of the game, and they have some of the best technologies in accessories we often don’t think about. Because of this attention to detail, you should buy an OEM part online if you’re looking to replace Mercedes headlights.