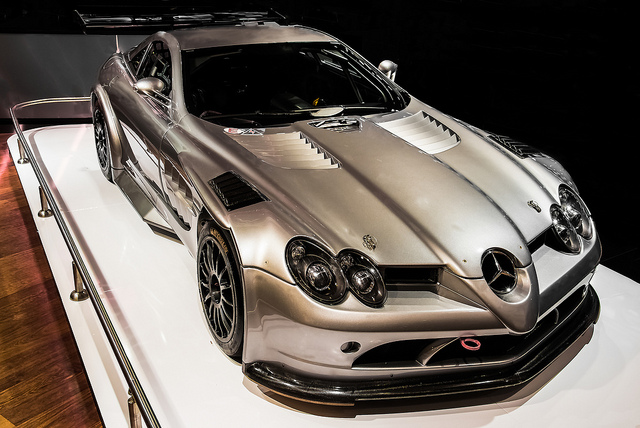 The Story of AMG and How Mercedes Embraced It

Hans-Werner Aufrecht and Erhard Melcher were two hard-working engineers working for Mercedes-Benz in the 1960s. Their unified dream was to build Mercedes engines that would turn the racing world on its ear. A decision by Mercedes-Benz executives to withdraw from motorsport competition led to Aufrecht and Melcher moving their design and development work to Aufrecht’s garage, located in Grossaspach, Germany. The two engineers’ initials of “A” and “M” combined with the first letter of Grossaspach formed the new AMG name. After another employee at Daimler entered a German Touring Car Championship competition with the team’s first prototype and triumphed in 10 rounds, the engineers had the beginnings of a successful business on their hands. The years that have followed AMG’s inception are filled with fascinating Mercedes-AMG history, events, and cars.

Aufrecht and Melcher began receiving orders from people who wanted faster and more powerful engines in their Mercedes vehicles. In 1967, the two men chose to leave their engineering jobs at Daimler to begin their own company. From the start, business was brisk for AMG. The engineers remaining at Daimler saw the light, and they began to produce faster Mercedes models. Throughout the decades of the 1970s and 1980s, AMG continued to outperform its competition. In 1986, AMG produced the “Hammer,” which featured a Mercedes E-Class car with an AMG 5.0 liter V-8 complete with quad-valve technology under the hood. The Hammer succeeded in holding the title of fastest passenger sedan in the world for years, topping out at a speed of 178 miles per hour.

In 1990, Daimler-Benz and AMG decided to make their union official. This partnership had several advantages for both companies. Mercedes models with AMG parts and accessories had the benefit of AMG’s exceptional reputation and credibility. AMG also began enjoying the ability to market its new cars via Mercedes dealerships, offering consumers ironclad Mercedes warranties. The two entities also began collaborating on new auto designs with the common goal of creating the best vehicles to offer to consumers. The first car produced by Mercedes Benz AMG was the C36 AMG, featuring a 268-horsepower engine.

Relatively new and notable Mercedes-AMG models include the SL73 AMG. This car features a 7.3-liter V-12 engine in an SL Roadster. Impressively, the SL73 can attain a speed of 186 miles per hour and go from zero to 60 miles per hour in just 4.8 seconds. Fast-forward to recent designs and the Black Series has been making history for Mercedes-AMG. The SLS AMG Gullwing and even the S63 have also performed with impressive speeds. The Mercedes-AMG GT succeeded the SLS AMG with a firm eye on giving the Porsche 911 a run for its money.

With its iconic branding and solid reputation, Mercedes-AMG promises to continue challenging its competition with new and brilliant designs. The power under the hood is only one part of these impressive vehicles. Unsurpassed craftsmanship is the goal for every car, including both exterior and interior features. Breathtaking cabin design and high-quality components are the benchmarks of this automobile brand, propelling current models to the front of the pack.