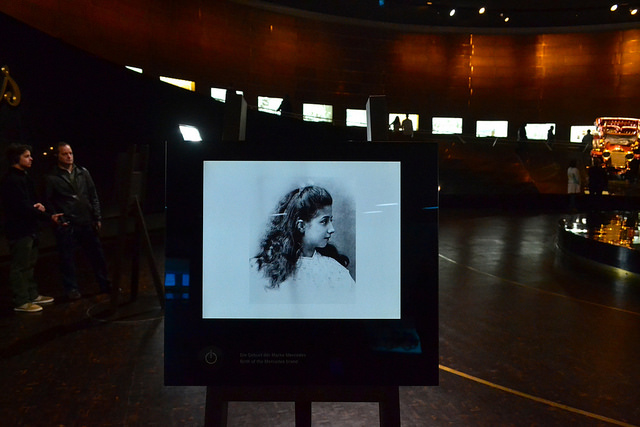 The name “Mercedes” is synonymous with refined power and performance. But it started out as a feminine first name meaning “grace,” and the automotive powerhouse is inextricably linked with a little girl named Mercedes who was born in 1889, the daughter of Emil Jellinek. The history of this elite automaker and its professional connection with a forward-thinking Austrian businessman provides fascinating details of how these automobiles got their iconic name.

The year was 1897 when Jellinek purchased a car designed by Daimler-Motoren-Gesselschaft. Jellinek liked the car so much that he was inspired to buy two more the following year. As the premiere road cars of the time with four-cylinder engines, these vehicles were an exciting advance in technology. Shortly thereafter, Jellinek began selling these cars on behalf of DMG. Because Jellinek was a racing enthusiast, he encouraged DMG to work on new designs that would make its cars faster and more powerful.

Inspired and backed by Jellinek, DMG created the first Mercedes automobile in late 1900. Jellinek named this prestigious auto after his daughter, 11-year-old Mercedes. The sleek exterior design and cutting-edge engine garnered immediate attention for this new automobile. The next year, Jellinek began racing Mercedes cars, and they performed admirably. These feats led to widespread consumer interest and the trademark of the Mercedes name in 1902. In 1903, Emil Jellinek even took the bold step of changing his family name to Jellinek-Mercedes.

Jellinek didn’t remain involved with racing and selling cars for much longer. In fact, he moved on to other pursuits about five years later, when he became Austro-Hungarian consul general. However, the Mercedes name has remained with this automaker since its original inception in 1900. In 1926, DMG merged with another automaker, Benz & Cie, and this resulted in a new name, Mercedes-Benz.

Exploring Mercedes Jellinek’s life is a fascinating historical journey. Her full name was Mercedes Adrienne Ramona Manuela Jellinek. She was born into a life of luxury; her family was prominent in the most elite social circles. Emil Jellinek was active both personally and professionally in this world, and he included his daughter in activities as well. But when Mercedes was still young, Jellinek remarried after the death of his first wife. This unfortunate situation led to unhappiness for Mercedes because she felt overlooked by her father and stepmother. Stepping out to make her own way, Mercedes married Baron Karl von Schlosser in 1909. She then devoted herself to her husband and children.

Unfortunately, the onset of World War I caused hardship for the Jellinek-Mercedes and von Schlosser families. Emil lost everything when he was accused of espionage. Determined to pursue an artistic vocation, Mercedes left her family and married a struggling sculptor named Baron Rudolf Weigl. Weigl died a short time later, and Mercedes reached the end of her life on Feb. 23, 1929.

Interestingly, though the Nazis preferred Mercedes-Benz vehicles, the woman they were named for was the granddaughter of Adolf Jellinek, who was a Hungarian rabbi. Adolf Hitler and high-ranking officials in his regime preferred nothing but the best, Mercedes 770 sedans, as their vehicles. Historians today presume that the Nazis must have been completely ignorant of the heritage of the Mercedes-Benz name.

Learn more about the history of Mercedes-Benz automobiles and Mercedes Jellinek, the girl who gave her name to this iconic auto, at these sites: