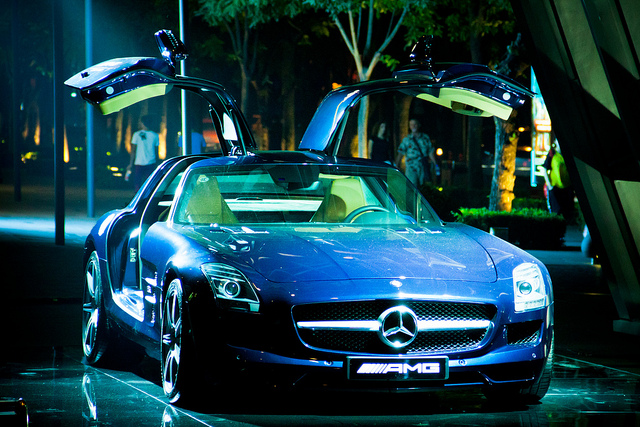 The race to secure the top spot in today’s auto market is full of twists and turns, and Mercedes-Benz is working hard to build meaningful traction against other manufacturers such as Audi and BMW. Instead of turning to robotic automation, Mercedes has recently announced plans to focus on the skills of human workers on assembly lines. This automaker has chosen to prioritize the benefits of humans over robots, and in some cases, Mercedes-Benz is actually eliminating robots and putting humans in their place.

Although there are some advantages to the automation provided by robots, there are limitations as well. It’s hard to argue the fact that robots are ideal for performing defined tasks in repeated fashion. However, much of the production process of Mercedes vehicles requires an individualization that robots cannot provide, especially because Mercedes AMG engines are always hand-crafted. Robots are unable to adapt to perform varied tasks, which many Mercedes models require. Robots cannot respond and adjust to unexpected circumstances if they occur. Thus, Mercedes-Benz is choosing to prioritize quality with the work performed by humans.

An example of the reduction of automated assembly is the Mercedes E-Class, released in March 2016. Specific features, parts, and accessories of this model require human involvement to assemble. Consumers are able to pick and choose many different customized options as they create their vehicles. This high level of customization requires significant adaptability on the assembly line. For example, one current feature of Mercedes models requiring a human touch is the alignment of the head-up display, which directs the display of both speed and navigation instructions onto the windshield of the vehicle. Mercedes-Benz plans to eliminate two robots involved with this production, replacing them with a different lighter-weight machine or a human. Mercedes has not promised the complete elimination of all robotics in its assembly line production, but the goal is to replace robots with smaller and more diverse machines that work alongside humans. Mercedes-Benz is calling this plan “robot farming,” which describes the environment of human workers performing their tasks in conjunction with smaller machines.

Mercedes hopes to shorten production time with more humans on the assembly line. One shortcoming of robots is the time it takes to reprogram them to take on new tasks. Humans are much more adaptable to this type of customized work, learning new processes and skills more quickly. Other benefits that Mercedes hopes to achieve include expense reduction and the safeguarding of human employees within the Mercedes organization.

New design goals for luxury cars are evolving with the increasing demands of consumers. Instead of settling for assembly-line mediocrity, consumers want to purchase vehicles that are innovative, distinctive, and unique. Mercedes-Benz is responding to these demands by increasing the number of models available. In fact, by the end of the current decade, Mercedes intends to add 30 models with 10 completely new styles to give consumers what they want. A number of custom options will be available in this next generation of Mercedes-Benz vehicles to appeal to a variety of tastes. Style options will include various leather and wood inserts and state-of-the-art technological advances such as fragrance and illumination. This just goes to show you how Mercedes is always on the cutting edge of automotive design!