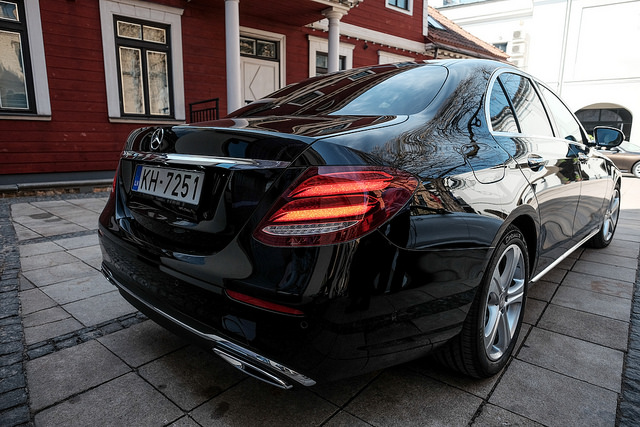 Self-driving car technology has arrived on the scene. Autonomous-driving cars are no longer just something in science fiction movies: It’s now possible to buy a Mercedes that drives itself. Mercedes-Benz is incorporating a number of autonomous driving features into cars that are available now and models that will soon be available. In fact, the F 015 Luxury in Motion Concept Vehicle offers some exciting options that virtually eliminate the need to sit behind the wheel to watch the road. The 2016 E-Class Mercedes has innovative options such as Pre-Safe technologies and Steering Assist. Don’t be left behind as self-driving car technology assumes a firm position on the road.

What Is Autonomous Driving?

For those asking, “What is autonomous driving?” here’s a simple overview. With the pinnacle of autonomous driving being a fully driver-less car, varying degrees of self-driving car technology are evolving quickly in the automotive industry. Many of today’s vehicles offer semi-autonomous driving options such as active lane-keeping assistance with an alarm or even moving the steering wheel if a driver wanders out of a lane without signaling. High-tech cruise control senses the distance between cars and ensures that a car maintains a safe following distance.

The 2016 E-Class offers drivers a host of semi-autonomous driving options.

The F 015 Luxury in Motion Concept Vehicle is a futuristic living room on wheels. Autonomous-driving cars such as the F 015 offer options for autonomous and manual driving. It’s touted as the Mercedes that drives itself: The driver can set the vehicle to the automated system and actually swivel the driver’s seat around to interact fully with passengers. The auto will actually interact with pedestrians, displaying a crosswalk in front of the vehicle for them, for instance. Display panels throughout the cabin make it simple for the driver and passengers to stay in control the vehicle and stay connected.