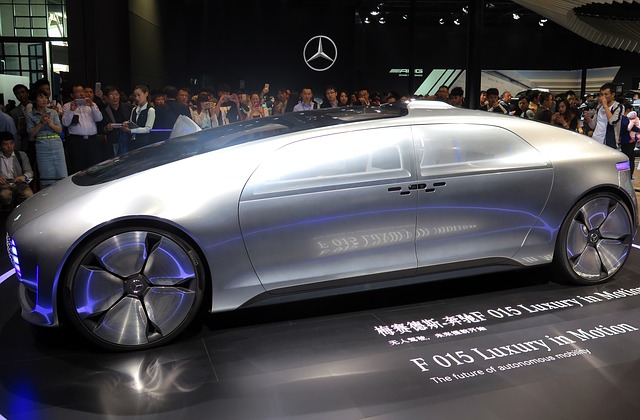 Mercedes-Benz has been famous for pushing the envelope and coming up with futuristic car models for almost a hundred years. Even though the brand may not have the same clout it did in the 1980s, industry experts still look to Mercedes-Benz to see what’s really in store for the future. While American, Japanese, and other German car companies are often happy with the status quo, its seems to always be Mercedes that dictates major leaps in design.

What does the future look like? Right now, it’s the F 015 Luxury in Motion Concept Vehicle, a car conceptualized by designers to come up with a realistic depiction of the future. And it’s blowing our minds. Unveiled in 2015, this sleek new design predicts a “mobility revolution” and changes what we think about what cars can be.

Now, this might not be the first self-driving car ever introduced, but it’s the first luxury vehicle that’s made the concept sexy. Compared to Google’s self-driving dork-mobile, which feels more like a glorified Disneyland ride than a car, this model feels much more like the future of what’s going to happen in the car industry in the next ten years. With technology dubbed “autonomous driving,” this model is considered to be the game-changer, the new standard for this industry.

Leave the stressful driving, such as in backed-up traffic, to the robots, and leave the fun driving for yourself. It has both autonomous and manual systems that can be switched back and forth. Even its steering wheel is futuristic.

With this model, the driver can completely abandon the front seat and swivel to face the rear-seat passengers. Daimler predicts that cars will inherently become like moving living rooms, or “cocoons on wheels.” And with such comfortable white leather seats and walnut wood décor, you might not want to leave. 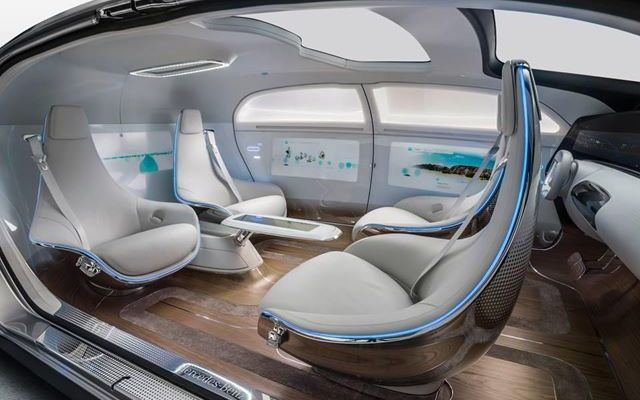 It communicates with pedestrians and other vehicles.

The creators of this car wanted to give it a “friendly face.” With moving LED lights and a voice that actually says things like “go ahead” and “thank you” to pedestrians, the car ensures safe motion outside of the vehicle. It will project a crosswalk for them, too. For cars behind the vehicle, it will actually show the word “stop” in a rear LED display.

In one single pane of glass, the windshield swoops up into the central roof. The whole exterior looks super unique and sleek. Save for a few bars, almost the entire roof is open.

Buttons? What buttons? Buttons are so 1990s.

Six display panels line the interior walls of the vehicle, creating a “digital living space” that can keep you connected with video conferencing, social media, and whatever else you want to mess around with. With gestures, eye-tracking, or lightly touching the high-res screens, you can keep yourself and your guests connected while you’re on the go. Basically, it’s a 360-degree “virtual arena.”

Emissions are lame, too. (We’re looking at you, Volkswagen.)

This is an electric hybrid system that has a total range of about 684 miles.

It does all of this while being safe.

The strong body structure combines aluminum, steel, and carbon-fiber-reinforced plastics. The entire structure can inflate on impact and absorb the energy of a collision. 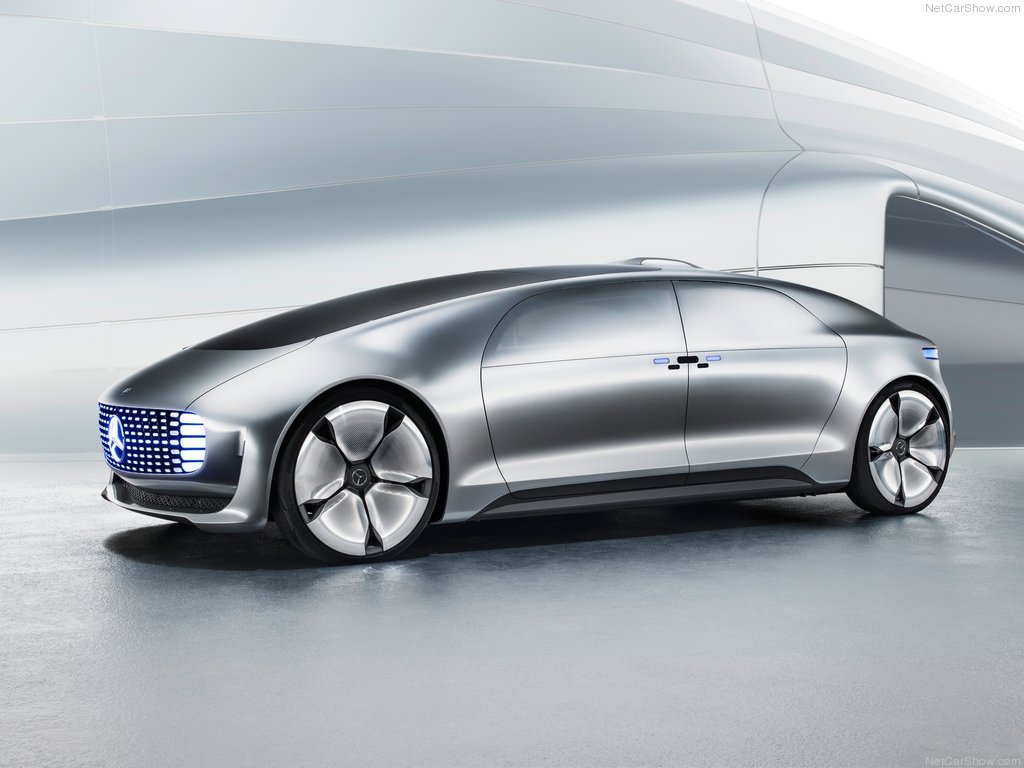 We’re really excited to see what’s next in store for the brand that’s famous for raising the bar in the car industry. We also really, really want one of these, even though they’re not in production. We’re crossing our fingers for 2030!