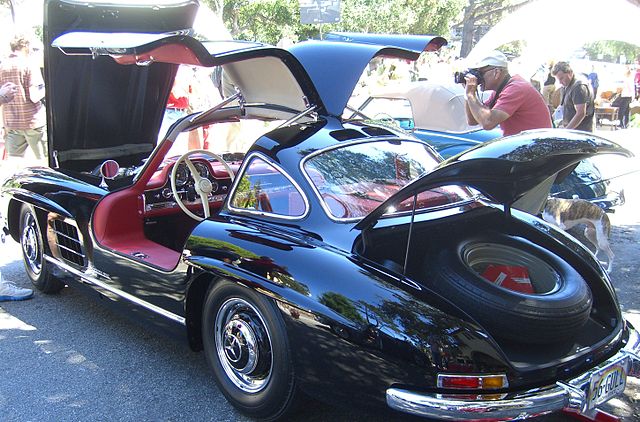 Mercedes-Benz is a brand known for innovation, but they also tend to get a little experimental with some of their parts and products. In 1952, they blew the world away when the Mercedes-Benz 300 SL race car “flapped” its “wings” for the first time, sparking a new way to think about car doors and luxury cars in general. The car was also equipped with the first-ever production fuel injection and an engine that could achieve the world’s top speed at the time.

The Mercedes-Benz 300 SL has been called one of history’s most beautiful cars by some. It was the type of car a post-war America needed. The iconic car is so beloved that it actually had several anniversary editions made in later decades. Most recently, the Mercedes-Benz SLS AMG, which was in production in 2010 through 2014, sported the iconic gull-wing doors.

What Are Gull-Wing Doors?

These kinds of doors are hinged at the roof rather than the normal side-opening door, evoking the image of a seagull’s wings. They’re often curved and stylish. Despite many believing that they require more clearance than usual, you can actually park in much closer quarters than standard vehicles, assuming that the car is weighted and designed properly. While there may be safety concerns if the car were to roll and some non-Mercedes gull-wing models have featured roofs that leaked, vehicles with these doors have many pros along with their few cons: They’re stylish, unique, and always eye-catching. 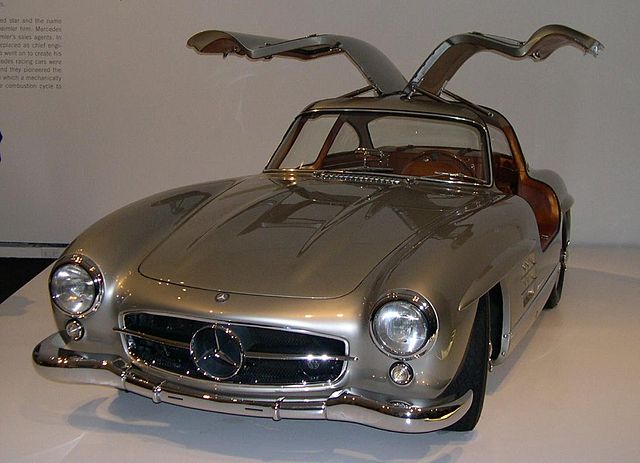 Gull-wing doors have gone both in and out of style over the years. They were popular in the 1950s when Mercedes produced gull-wing, high-end models, but the style received a short renaissance with the popularization of the DeLorean DMC-12 from the Back to the Future movie series. Several car models of the time had this feature, but it accompanied boxy frames rather than the smooth, bird-like look of the 300 SL. Cars like the Bricklin SV1 gave gull-wings a boxy, awkward appearance that quickly went out of style again. Shortly after that, manufacturers shied away from using them because they seemed too tied to the times and tacky.

However, that period wasn’t for long. Today, there are quite a few cars that have elegantly brought the look back. While Mercedes-Benz isn’t the only car company to use gull-wing doors, they are the brand that started really pushing it as a luxury feature, and they still do today. The return of the look of the 300 SL with the anniversary editions seems to have inspired many other manufacturers, like Tesla, to make gull-wing car models. Today, you can find cars with gull-wing doors that accentuate style and fashion sense, like the Model X, which is due to come out soon!

Here is a full list of Mercedes cars with the gull-wing feature:

Of course, the “gull” look is not the only type of unique car-door design to come out of the past century. There are several other types of door openings that are often confused with the gull-wing look. Butterfly doors, which perhaps share the most similarities, hinge along the A-pillar, often jutting out at an angle. Also, there are scissor doors, which rotate upward from a fixed hinge. There’s also the swan door, which opens like a swan’s wings rather than a gull’s wings, “flapping” on a tilted access. (Remember, gull-wing doors are attached to the roof.) There are other types of unique door openings, such as the suicide door, the front-hinge door, the sliding door, and the canopy, but these are found much less often in Mercedes models. 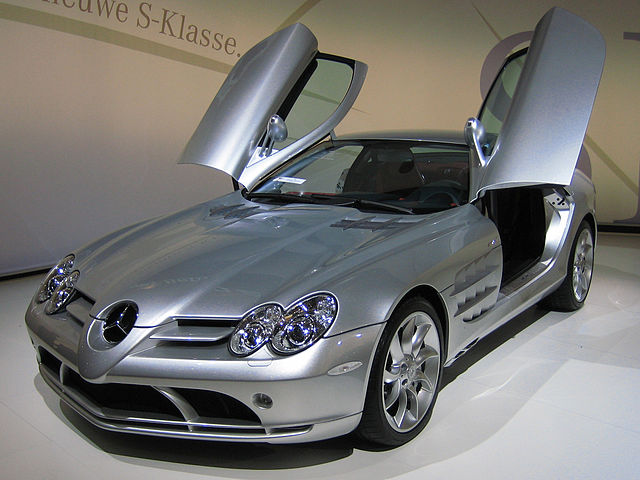 Other Mercedes-Benz Models With Cool Doors

Check out these other awesome models!